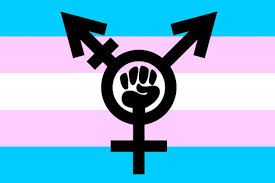 29.08.2019 – BANGALORE (Thomson Reuters Foundation) – Bullied at school, gang raped as a prostitute and asked about his genitals in job interviews, Daniel Mendonca – like many intersex people in India – has been mistreated all his life.

Although the country’s top court officially recognized intersex and transgender people as a third gender with equal rights under the law in 2014, they are often stigmatized and shunned and many survive through begging or sex work.

“There have been (job) interviews where they say ‘We respect what you are … but what other organs do you have now? Do you enjoy your sex life?’,” said Mendonca, an intersex activist, sporting short hair, a white scarf and dangle earrings.

“If I am capable of doing everything a so-called normal human being is, then why do I become different?” he asked at India’s second business conference for lesbian, gay, bisexual and transgender (LGBT+) people in the IT hub of Bangalore.

As many as 1.7% of children are born intersex – with reproductive organs, genitals, hormones or chromosomes that do not fit the usual expectations of male and female, according to the United Nations.

They often undergo surgery to bring the appearance and function of their genitalia into line with that expected of males or females, which research suggests can lead to psychological damage later in life.

But intersex rights campaigners say their specific needs – such as medical aid for life-saving surgeries – are largely ignored, even among the LGBT+ community, because of their small population and because they are widely misunderstood.

At least 10,000 intersex babies are born every year in India, according to Gopi Shankar Madurai, an intersex activist who sits on the board of the ILGA, an LGBT+ rights group.

But Madurai said the number could be much higher as parents often do not register their baby as intersex, adding that infanticide, abandonment and mutilation were common.

Being intersex – born with a body that does not conform to gender norms – is very different from transgender people’s profound sense of being assigned the wrong gender at birth, which usually results in a transition to the opposite sex.

Yet the two groups are often confused in India.

The Supreme Court’s 2014 ruling and the transgender rights bill – passed by parliament’s lower house last week – both describe intersex people as a type of transgender person.

Human Rights Watch (HRW) has called for the draft law to be renamed the Rights of Transgender and Intersex Persons Bill and to include explicit protections for intersex people, who are not mentioned beyond the definitions section at the top of the bill.

Every subsequent chapter – outlawing discrimination in education, employment, healthcare and in renting or buying property and recognizing the right to identity documents with the preferred gender – only mentions “transgender persons”.

“This is not just a horrifying misrepresentation but also an invisibilisation of intersex persons,” said Human Rights Law Network (HRLN), a collective of lawyers and activists who provide legal support to vulnerable people.

Intersex activists have called for the bill – which has yet to come before the upper house – to ban medically unnecessary procedures on children and to require intersex people’s informed consent before non-emergency surgeries.

“This is of extreme importance,” said HRLN.

“There is a range of distinct issues that intersex persons face ranging from forced ‘corrective’ operations on intersex infants to continuing health issues which the medical system is … unequipped to handle and is inaccessible to (many).”

Most intersex bodies are healthy, but some people require medical care, such as for congenital adrenal hyperplasia, which can be fatal without daily drugs as the body cannot produce hormones to protect it against stress or regulate sodium levels.

Mendonca required surgery because he was born with female internal organs but not external ones. This triggered severe internal problems when he starting having periods but did not have a vagina to allow the blood to pass out of the body.

M. Gangabhavani, an intersex activist, said she was almost killed by numerous surgeries that her father made her undergo to conform to a male body.

When she wanted medical help to reverse the damage, doctors refused, calling her body “abnormal”.

While job hunting, the mismatch between her appearance and official documents, led to more harassment, including demands for sexual favors.

“They ask, ‘you look like a female, do you do sex work?’ … They say, ‘you cooperate with me, I’ll cooperate with you’,” she said at the LGBT+ conference.

“Intersex people are the least visible in our (LGBT+) community. We have no livelihood options, we have no scope for empowerment.”

Shubha Chacko, head of Solidarity Foundation, which helps trans and intersex people find work, said companies often fret about how employees may react to people with an unconventional appearance.

“So you are supposed to be invisible. And even if you’re not, you’re forced to be,” she told the Thomson Reuters Foundation, adding that the dearth of global statistics on intersex people highlighted their “invisibility”.

Intersex campaigners called for better awareness about the community, from schools and hospitals to government offices and company boardrooms.

Mendonca urged workplaces to have flexible dress codes, gender neutral bathrooms, interview guidelines and to use inclusive language such as people’s preferred pronouns.

“Companies need to start making changes … to talk more about inclusion that is above the rainbow – that gender is not just LGBT, that it can be from A to Z,” he said.

THIS REPORT WAS FIRST PUBLISHED IN REUTERS – https://www.reuters.com/…/job-snubs-to-forced-surgery-india…