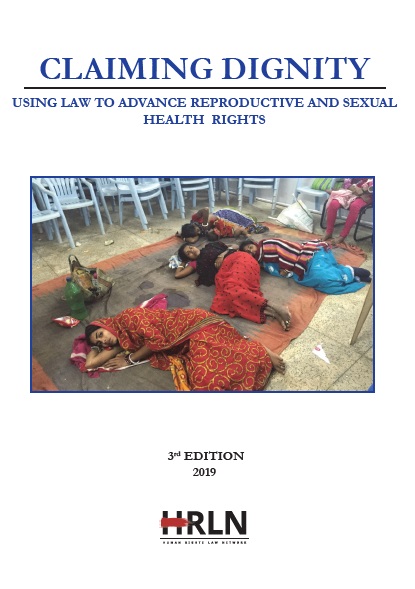 31.10.2019 – The history of medicine and reproductive health in India is one in which women were merely mute beneficiaries rather than the active agents that they should have been. It is cluttered by scandals involving mass hysterectomies, illegal and unethical sterilizations, and cases of maternal mortality due to preventable pregnancy related causes. India has borne witness to a slow and gradual change in reproductive health policies through influence of social reform, cultural nationalism and changing gender relations. Nevertheless, progress is constantly hampered by economic and cultural backwardness and issues of caste and class.

Government schemes have made progress in better informing women of their rights and attempting to change practices through provision of incentives. However, their implementation remains uneven with women from backward areas continuing to face immense obstacles in accessing proper healthcare.

Since HRLN published the second edition of Claiming Dignity in 2012, lawyers throughout the country have filed petitions and taken up issues in the key areas of concern within the scope of reproductive rights. Through conscientious efforts of both advocates and activists, the Indian courts have declared increasingly progressive judgments which impacted real change in government policies and their implementation. It ensured that marginalized persons received the healthcare they were entitled to and that their rights to a dignified life, health, privacy and to be free from torture and inhuman treatment were protected.

This book aims to provide an overview of some of the most forward looking and revolutionary judgement. The book is intended to be tool for advocates and activists in their fight for reproductive health rights. HRLN has included several articles that contribute to the holistic understanding of Sexual and Reproductive Health Rights in India, written by Health Rights Activists and Workers, Academicians and Medical Practitioners. HRLN hopes that the book serves as a useful resource in drafting petitions, developing human rights training and most importantly, in inspiring meaningful activists to drive legal change, consequently expanding the scope of reproductive rights.